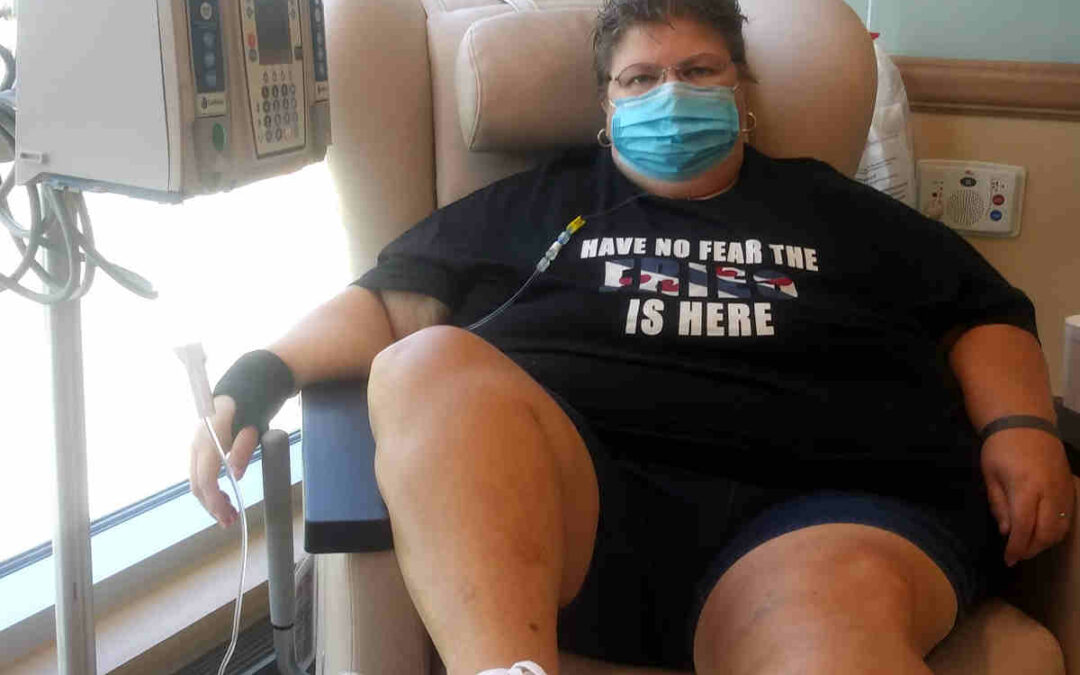 During an ultrasound for a gallbladder attack in 2004, a 10cm tumor was discovered on my right ovary. Every doctor I saw said it was most likely benign, as I had no symptoms — my ca125 was barely over the normal limits, and I didn’t have any risk factors.

I ended up having a complete hysterectomy and gallbladder removal at the same time. It turned out that the tumor was cancerous, and there was also cancer in my left ovary, both fallopian tubes, and my uterus.

Following surgery, I had chemotherapy every three weeks for 6 months. My family and friends helped get me through chemo. They supported me so much, it was awesome. I learned during that time we all need help sometimes, even if its just a hug or shoulder to lean on. No one should fight alone.

I enjoyed 11 years and 10 months of remission and then in 2016 my cancer returned with a vengeance. They found 2 tumors in my abdomen and 1 inside my heart.

It took 8 months to find a surgeon who would operate. During those 8 months I had chemotherapy every 21 days. In 2017 I had open heart surgery. I ended up having to wear a wound vac between my breasts in order to heal my incision. Then began more chemotherapy.

I did have another year of no active disease as the tumors in my abdomen became inactive.
But in 2019, the abdominal tumors became active again and several tumors were found in my lungs.
Surgery is no longer a possibility for me, so I have been using chemotherapy pills as well as traditional chemotherapy. However, my body has been through so much, I keep having negative reactions to different chemotherapies. This has been very hard on me physically, but I fight on!

It truly is my support system — friends, family, and friends of friends and family — that keep me going. It is organizations such as Tricia’s Hope that have helped me be able to pay for medicine or make a rent payment and just given extra support when it was really needed. And above all, my faith that has carried me through this long and strenuous journey.